‘This machine is pure genius’ 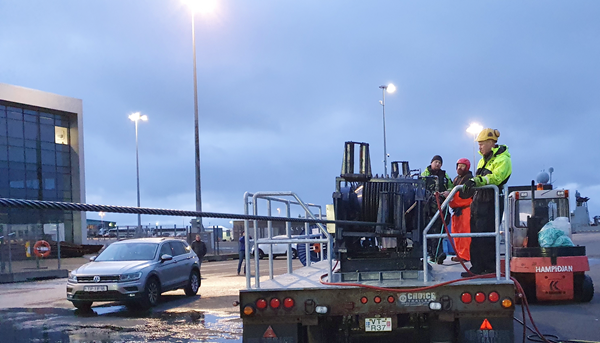 ‘This machine is pure genius. It went like a dream and the surprise was how quickly it was all done,’ said skipper Friðleifur Einarsson of Brim’s fresher trawler Helga María, and he was referring to Hampiðjan’s new mobile wire tensioning unit which is used to spool warps onto winch drums under constant tension.

He said that previously the only method had been to shoot away the trawls in water deep enough and to run off as much warp as possible to tension it.

In the last few years Hampiðjan has constructed solid foundations at its net lofts around the country for warp tensioning in Reykjavík, the Westman Islands, Akureyri and Neskaupstaður. There was certainly a requirement for this facility to spool warp evenly and correctly onto winch drums. The procedure has been to moor the trawler with the stern to the quayside, with the new wire leading directly to the vessel from the tensioning machine which is located on a solid foundation on the dock. 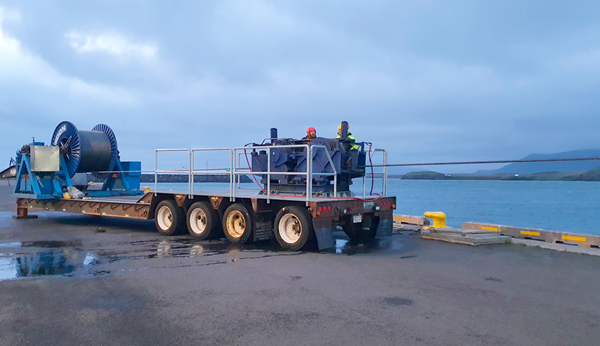 This has been shown to be the most effective method of tensioning warps and has provided excellent result for the trawlers that have taken advantage of it. It is not always convenient to steam to the locations where these locations to have warps tensioned, so a mobile tensioning unit has been prepared that can be taken to other locations. To test the new mobile tensioning unit warps were spooled on board Helga María as it lay with its starboard side to the Skarfabakki quayside in Reykjavík’s Sund harbour. The tensioning truck was positioned to one side of the trawler’s stern.

The new warp spooled on board Helga María is 32mm in diameter. The weight is deceptive, and each reel is no less than nine tonnes, so a crane is needed to lift each reel of wire into place on Hampiðjan’s wire truck. Helga María took 2103 metres (1100 fathoms) of wire on each drum.

‘This makes it possible to deliver wire where it is needed if direct spooling isn’t possible. This provides us with opportunities to make Hampiðjan’s service offering to fishing companies and fishing vessels even more widely available,’ he said. 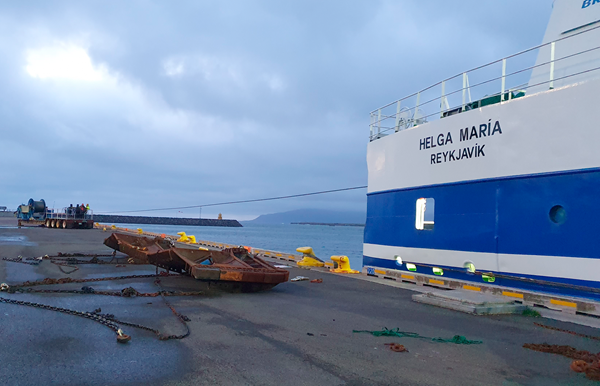 Does the tensioning do what it is supposed to?

We spoke to Friðleifur Einarsson, while Helga María was fishing on the Mountains south-west of Iceland in heavy weather.
‘It works better than I could have hoped. You feel the difference right away. Having the warps tensioned means you can shoot the gear whenever you want to, on deep or shallow grounds. The warps are always tensioned and ready on the winches. This service is a real bonus,’ Friðleifur Einarsson said.